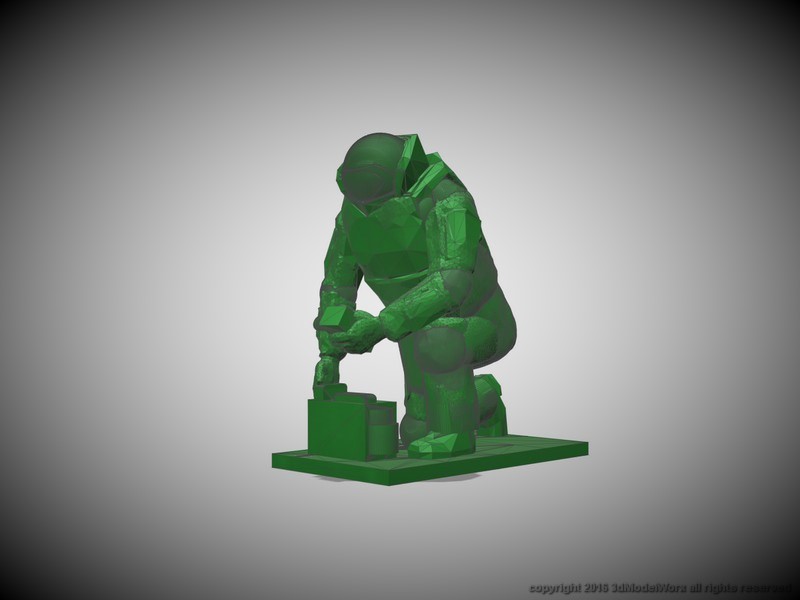 I spent a good portion of yesterday re-visiting the EOD project. All done targeted for 1/64 (my Code 3 scale), I made three different EOD figures and one “team” model of all three. You can find them in my shapeways store.

This was very difficult to decide how to handle. I had received feedback that there was no “neck” on the original beta version technician. I agreed. However, I looked at 20 or ore suit variations and I tweaked the head area of the armor repeatedly. In the end, I could not convince myself there was a better way I could do it. So, I tweaked the helmet visor area to make it more distinct and altered the front of the suit. I rounded out the body and gave it all a bit of a rumpled look.

The three versions are all available on shapeways:

I had to exaggerate the robot arm and “claw” manipulator to ensure they could survive printing and handling in the strong and flexible material.